KUALA LUMPUR (Sept 29): Harbour-Link Group Bhd emerged as one of the top gainers on the local bourse on Wednesday after the group announced a nine-fold jump in its net profit for the fourth quarter ended June 30, 2021 (4QFY21) to RM25.99 million from RM2.8 million in the corresponding quarter a year ago. 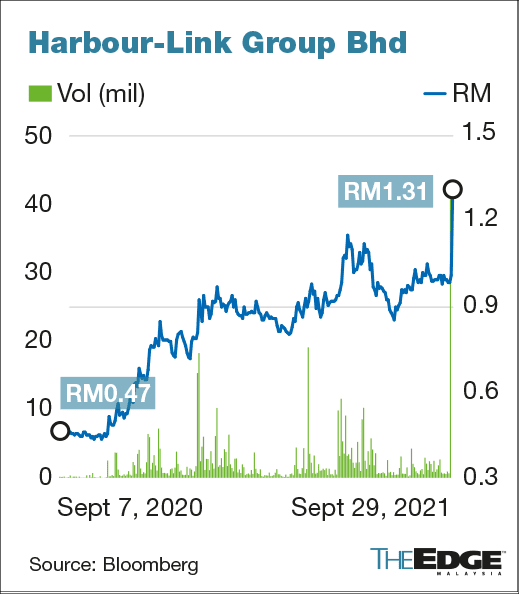 Compared to the immediate preceding quarter of 3QFY21, its quarterly net profit increased 55% from RM16.77 million, while revenue grew 23% from RM152.78 million, driven by higher contribution from its integrated logistic segment and shipping and marine segment.

The group closed its FY21 with a net profit of RM61.48 million, about 2.3 times the RM25.92 million it made in FY20, with annual revenue rising to RM626.19 from RM617.25 million. The stronger profit came as its other income doubled to RM12.46 million, while operating and administrative expenses collectively dropped RM35.84 million; finance costs and taxation also decreased.